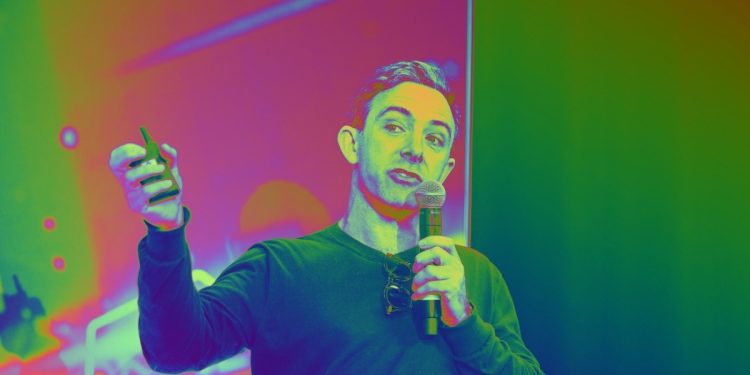 The blockchain company Dfinity made headlines in May when its internet computer (ICP) tokens were officially released for public trading at a price of $630, giving the project a $45 billion market capitalization. The enthusiasm quickly evaporated as the token plunged 95% over the following month to as low as $27.

Since then, the token’s price has doubled to more than $60, according to data from Messari, signaling renewed appetite from investors.

Some traders are feeling fresh enthusiasm for the token thanks to a recent increase in developer activity taking place on the network. That’s despite lingering ill will among some investors and developers, including dissidents who have formed a splinter group as well as plaintiffs in a class-action lawsuit filed in a U.S. federal court.

According to Dfinity, as of July, just 10 weeks after its public trading launch, the Internet Computer network had attracted 500 developers and nearly 250,000 users of its applications. Earlier this month, Dfinity announced that a project called distrikt, described as the world’s first decentralized social media network running entirely on a blockchain, had launched on the Internet Computer network.

“There’s interest from developers and engineers because ICP is superfast to build on,” said Tom Serres, ICP investor and co-founder of Warburg Serres Investments. “This is what differentiates it from Ethereum.”

The token allows users to participate in and govern the Internet Computer network, which aims to help users publish on the Internet while avoiding going through large tech giants such as Amazon or Facebook. The network was built by the Swiss-based Dfinity Foundation and currently has a market cap of just over $8.5 billion.

According to Messari, Internet Computer will rely more on large data centers and high-end node machines (validators) when compared to networks like Ethereum.

Dfinity has faced extensive backlash for its handling of the token launch and now, with founder Dominic Williams, faces a class action complaint filed in the U.S. District Court for the Northern District of California.

According to the class action complaint, “Defendants have promoted, offered and sold throughout the United States unregistered securities called ‘ICP tokens’ and have engaged in insider trading of such securities, in violation of federal law.”

The complaint goes on to say that “by selling and promoting these unregistered security tokens to investors, and by transacting in them while in possession of material, non-public information, defendants have reaped billions of dollars in profits.”

A group of former ICP community members frustrated with Dfinity’s leadership and what they describe as a lack of transparency has formed a splinter group called ICP Reboot. The collective says it aims to “relaunch” the ICP protocol by forking the project to “establish democratic control over this new network,” according to a website for the group.

Ross Jackson, who identified himself as a marketing volunteer for ICP Reboot, said he found frustration with Dfinity’s handling of the token distribution in May.

According to Jackson, most members of the new ICP Reboot community were part of the seed or presale rounds of ICP funding, and some of them have a significant stake in ICP. The ICP Reboot project is funded by donations and operates on a volunteer basis, he said.

“Dfinity didn’t provide concrete information on how to access wallets in the lead-up to the Genesis event,” said Jackson. He said Dfinity and other venture-capital investors had no vesting periods imposed on them, but the project’s leaders didn’t announce that fact until 16 days after the launch.

“This allowed these insiders to sell large quantities of ICP while pre-sale, seed round and retail investors were getting squashed,” said Jackson.

Jackson said Dfinity executives have not been transparent with the community members of ICP and external stakeholders about how many tokens they have sold since the event in May and have avoided most questions regarding the matter. Additionally, Dfinity only announced that insiders were not vested 16 days after the launch of ICP, said Jackson.

On Twitter, BlockTower Capital co-founder Ari Paul wrote that it “seems impossible to get accurate info on Dfinity on some of the most basic and critical financial aspects.”

According to a report published in June by Arkham Intelligence that analyzed blockchain data, “It appears Dfinity was not transparent about how tokens were distributed and when they would be unlocked, contrary to industry best practices.”

“What we found from our research concerned many ICP investors and worried me as well,” said Miguel Morel, CEO of Arkham Intelligence, a crypto analysis firm, in an interview. “I wanted to help clarify these questions.”

Dfinity “quietly allowed the treasury and insiders to send 18.9 million of ICP to exchanges, while making it extremely difficult for their longtime supporters to access the tokens they were promised,” according to the report.

Neither the Dfinity Foundation nor founder Dominic Williams responded to CoinDesk’s requests for comment via email, Twitter and LinkedIn.

So why the recent investor interest?

“ICP is built with a view that Web 3.0 is a matter of when, and not if,” said Denis Vinokourov, head of research at Synergia Capital. “Thus it is no surprise that it has been one of the best performers.”

Web 3.0 represents a vision of the future of the Internet, powered by blockchain-enabled financial applications and focusing on making data interconnected in a decentralized way. It’s considered a leap forward from the current generation of the Internet, referred to as Web 2.0, where data is stored in centralized repositories, according to CoinMarketCap.

“It’s open and it cuts out the middleman,” said Pablo Quiroga, COO of Star Atlas, a virtual gaming metaverse, when describing Web 3.0. “ICP created an environment where gatekeepers are bypassed, demonopolization is happening and the buildout of technology is democratized.”

“ICP’s price action in the last few weeks is likely driven by news of ongoing traction in their ecosystem,” said Kay Khemani, managing director at Spectre.ai.

DeckDeckGO, ICDrive and Distrikapp, an ICP-powered social platform, are examples of recent additions to their growing library of decentralized applications, or dapps, according to Khemani.

He said that currently over 1,400 developers are developing dapps for ICP.

Internet Computer announced Aug. 12 that Windows users can now access dapps through its ‘Internet Identity,’ opening up a huge new user base for Internet Computer-based dapps.

“As we see with Ethereum, the more the developer activity, the stronger the tailwind on price,” said Khemani.

Some analysts in digital-asset markets have also been scrutinizing flows of the ICP tokens on and off of cryptocurrency exchanges. Inflows are often interpreted as traders moving their tokens into position to sell, while outflows are seen as traders moving tokens to longer-term custody or wallets, with the intent to hold.

“ICP seemingly had its largest exchange inflow days in May and June,” Morel said. “Its largest exchange outflows appear to have been in July and August. This, combined with overall market bullishness recently, is what traders I know have stated as a reason for ICP’s recent price increase.”

Matt Blom, global head of sales trading at Diginex, said he predicts ICP could “rally hard” at some point.

“My view was that a coin that had that much belief from smart investors has to come back at some point,” Blom said. “It’s not going to zero.”