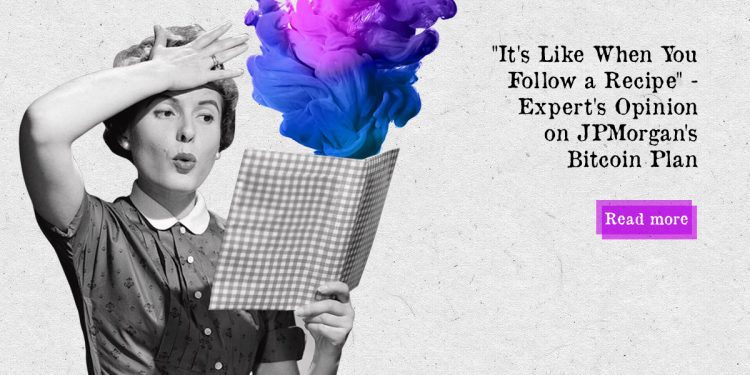 Since Twitter is not necessarily known for its even and balanced reaction to anything, the DailyCoin reached out for exclusive perspective from investment advisor and syndicated radio host Chuck LaRocco.

LaRocco has 27 years of experience as a professional money manager and financial expert. He has received his C.R.C. (Certified Retirement Counselor) designation, Series 7 and 63, and is a Licensed Insurance Agent for Life, Accident & Health, and Variable Life/Variable Annuities. He’s also designated as a top ten advisor at Cadaret Grant, and he’s the Managing Partner at the Commonwealth Financial Group and is widely recognized as “The Money Doctor.”

LaRocco says the move by JPMorgan is surprising given Dimon’s infamous pledge in 2027 that he would fire anyone in his organization who traded in Bitcoin.

He added that this move by the largest bank in America clearly validates the investment viability narrative for Bitcoin, but he advises all investors to have a plan and not buy any asset based on emotion.

It’s like when you follow a recipe. You’re only going to use the ingredients and instructions that result in your desired food – you’re not going to introduce elements that mess up the recipe. The same holds true with your investments,”

While LaRocco acknowledged that he’s not a blockchain expert, he says investors still need to use common sense, do their own research, and take the necessary precautions to protect their funds regardless of the investment instrument.

These NFTs Are OFF THE CHAIN!! Sector Update 💯