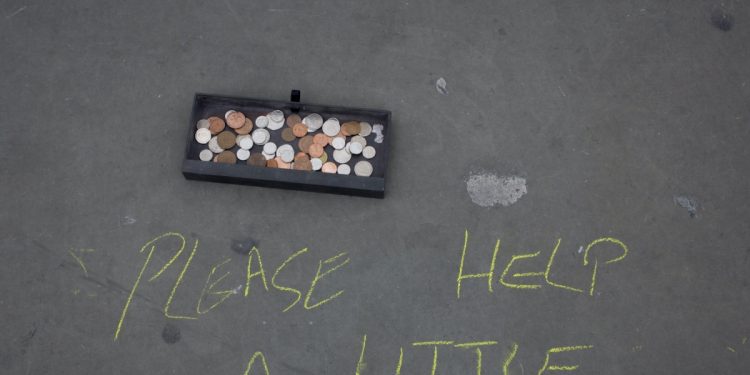 After an alleged hacker drained more than $600 million from cross-chain decentralized finance (DeFi) protocol Poly Network, opportunistic cryptocurrency users flooded Ethereum’s blockchain explorer with pleas for even a tiny portion of the plunder.

“I already live in a sh**ty country so life is hard,” another user wrote. “Will you help a brother out?”

“Be a modern robin hood and airdrop it to everyone here!!” came another request.

As the popularity of DeFi has mushroomed over the past year, with collateral locked into the blockchain-based lending protocols growing 17-fold to some $80 billion, this corner of the cryptocurrency sub-industry has become a target of attacks.

And the often-cynical base of cryptocurrency users are apparently getting used to the attacks – to the point that, instead of condemning the alleged perpetrators in a realm that’s largely digital and pseudonymous, they’re instead cozying up. Maybe there’s enough loot to go around?

“May god bless you babe!!!” one user wrote, attaching an ostensible wallet address where the alleged attacker could transfer funds. “OMG you are my hero!!!” wrote another, also kind enough to include a wallet address. “Wow you are so smart,” wrote user “Smart dev.”

There were appeals to the heart: “Pls help me pay my moms mortgage,” one user wrote.

“Hello mr.hacker i know you will read this message just want to ask for a little help so we can get masks and oxygen because COVID-19 in our country is very severe anyone can donate to this address,” wrote another.

There were also appeals to the venality: “Let me launder it for you,” one user wrote.

Not to mention some notes from the just plain lazy: “i wish to retire at age 20 and no longer be a wage cuck i am sure u can understand just 1 million ser and i will never be a wagecuck and i will live rest of my life in true harmony of a stranger, ser pls u stole more money than u could ever use. help me be free and no longer wage cuck.”

Of course, this whole episode could just be an elaborate instance of social media trolling or gallows humor. In a pseudonymous world, sometimes it’s hard to tell.

Either way, dozens of hopefuls even went as far as to send tiny fragments of the cryptocurrency ETH to the alleged attacker’s wallet address on the Ethereum blockchain. (Etherscan identified the address as “reported to be involved in a PolyNetwork exploit,” and the Poly Network project team called on “miners of affected blockchain and crypto exchanges to blacklist tokens coming from the above addresses.”)

“Here come all the opportunists also sending the hacker messages in hopes to receive a tip,” the Twitter user Hsaka posted Tuesday.

According to Etherscan, the alleged perpetrator’s Ethereum address held 28,954 ETH as of press time, worth about $90.7 million.